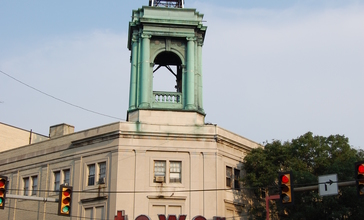 It is Pennsylvania's sixth most populous municipality. Located just 2.8 miles from Center City (downtown Philadelphia), and houses the western terminus of the Market-Frankford Line of the SEPTA mass transit system of Philadelphia, with the location at 69th Street in the heart of Upper Darby's principal business district. Multiple trolley and bus lines connect the 69th Street Terminal to all major SEPTA lines of Delaware and Montgomery counties as well as Philadelphia.

Upper Darby is 65% residential, 25% commercial, and 8% other. As of the 2010 census, the township had a total population of 82,795. Because of a home-rule charter adopted in 1974 and effective in 1976, Upper Darby utilizes a mayor-council form of management, unlike communities that are still under the Pennsylvania Township Code. ("First Class" townships in Pennsylvania have a board of commissioners divided into wards, and "Second Class" townships having a board of supervisors, which are usually elected "at-large".)

Pennsylvania Route 3, which links Philadelphia and West Chester passes through Upper Darby as Market Street and the West Chester Pike.

It's very age friendly all types of people live in the area different races, young to old and it's always calm and peaceful

To me, age friendly is a world you would want to grow older. Age-friendly environments is healthy and active aging. They enable older people to age safely in a place that is right for them, be free from poverty, continue to develop personally, and to contribute to their communities while retaining autonomy, health and dignity. I believe my city does each and every one of these

Learn more about taxes in Pennsylvania

Would you recommend Upper Darby, PA to your older friends and family?

Detailed reviews require a rating for each category. When you complete these category ratings, you help others better understand what makes Upper Darby, PA age-friendly.

Thanks for posting your Review. Will you help others understand what makes Upper Darby, PA age-friendly by providing a bit more detail to your rating?

Would you recommend Upper Darby, PA to your older friends and family?
Please tell us why or why not.